A sculpture tribute to one whose spirit soars with the dragonflies 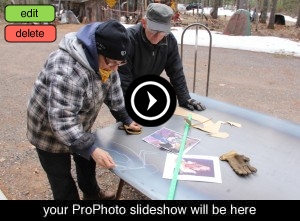 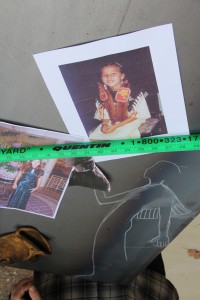 Lena as a young girl in her Ojibwe regalia.

Creating a sculpture for a special person who has walked on is a great artistic honor. Recently my friend Joe Russo asked if I would design a tribute to his neighbor, student and friend Lena Rufus who sadly passed at a young age.

Lena, a Bad River Ojibwe from Washburn, Wisconsin was a beautiful, caring, intelligent soul. From an early age, she and her family were Joe’s neighbors in Washburn’s Finn Settlement. In addition to being a good neighbor, Joe enjoyed teaching Lena through her high school years in his technical education program. She exhibited hands on skills, great problem solving and interpersonal communication in various competitions.

Due to her commendable educational endeavors, in her senior year in high school Lena attended college level courses at Ashland’s Northland College in preparation for her college transition. Her application to Stanford University in California was accepted.

During her senior year, she contracted the chronic autoimmune lupus disease. With medical care, the lupus was somewhat under control when she entered her first year at Stanford. During a hiatus from her Stanford studies while she lived and worked in Madison, WI, Lena walked on to the next life.

During a visit to my Dragonfly Studio last fall, Joe shared the story of Lena’s friendship, medical challenges and passing. He also shared a story told to him by Lena’s step father about a touching interaction with an attentive dragonfly at their home in Elkhart Lake, WI. Lena’s parents both felt the dragonfly’s presence embodied the spirit of Lena. The dragonfly story and the dragonfly imagery in my metal works connected with Joe who commissioned the tribute sculpture. Adding a personal touch to Lena’s sculpture, over two days Joe worked from start to finish with my husband Gary and myself to complete the sculpture. 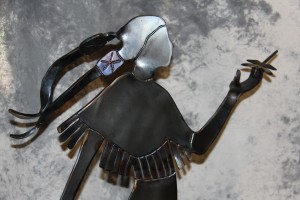 When completed “Princess Lena” was selected as the title. The sculpture name stemmed from Lena’s younger days. One day she returned home from visiting the Bad River Ojibwe reservation wearing her newly acquired Native American regalia. “Now I’m a princess,” she remarked to Joe. From that day forward, Joe affectionately referred to Lena as his princess. A photo of the young Lena in her colorful traditional Ojibwe attire and other later photos were the reference used to create the sculpture’s facial and clothing details.

The dragonfly imagery was included into the sculpture base and displayed in a tiny dragonfly perched on Lena’s extended finger. Further connecting the sculpture to Lena’s origins, in her other hand rests a colorful wave wash stone from the shores of Lake Superior.

It was my honor to create this sculpture for you, Princess Lena, whose spirit soars with the dragonflies.